The designer, Nao Taniyama of NTA {Nao Taniyama & Associates} with ECN Hospitality created an interior that leans {with contemporary touches} towards the brasseries found in France.
This space reflects the character of the property which strongly inherits the tradition of Nihombashi. Rather than using local materials and patterns just because the restaurant is located in a tradition town of Nihombashi, we have aimed to create a space which emanates the air of the property without forming it into any tangible forms.

Wood wool cement wall – panel composed of various scraps such as the remains from thinning of timber, demolished buildings and residue of lumber – dresses most of the environment, hence we could say that this space also does consider the environment. By coloring this panel with organic paint into a color called “kokihanada” which has been loved by the locals since the Edo period, we were able to offer equal value of the distinct air of the localism and the casual ambiance of a brasserie.

The special banquet which has been meticulously fabricated with leather could also be one of the concept of the brasserie. Culturally speaking, these types of banquet are not very pleasing for the Japanese as it disrupts the “personal space” which the Japanese are brought up with. However, these types of banquets are very common in Europe and other western countries. Banquet seats narrows the distance between one’s personal space and we believe that this creates a warm, cozy ambiance.

Last but not least, there is a large industrial fan of 5.5m diameter which is the first restaurant to integrate in Japan. Although the aesthetics is part of the design, we have chosen to use this large fan to create a change in the space as it rotates. This fan has the power to consolidate this spacious dining into one environment – in other words, it will allow for guests sitting across the space to feel unification through this fan. This has the same meaning like our banquet to offer intimacy and enhance the communication between people.

※Click on the map to view images of the interior. 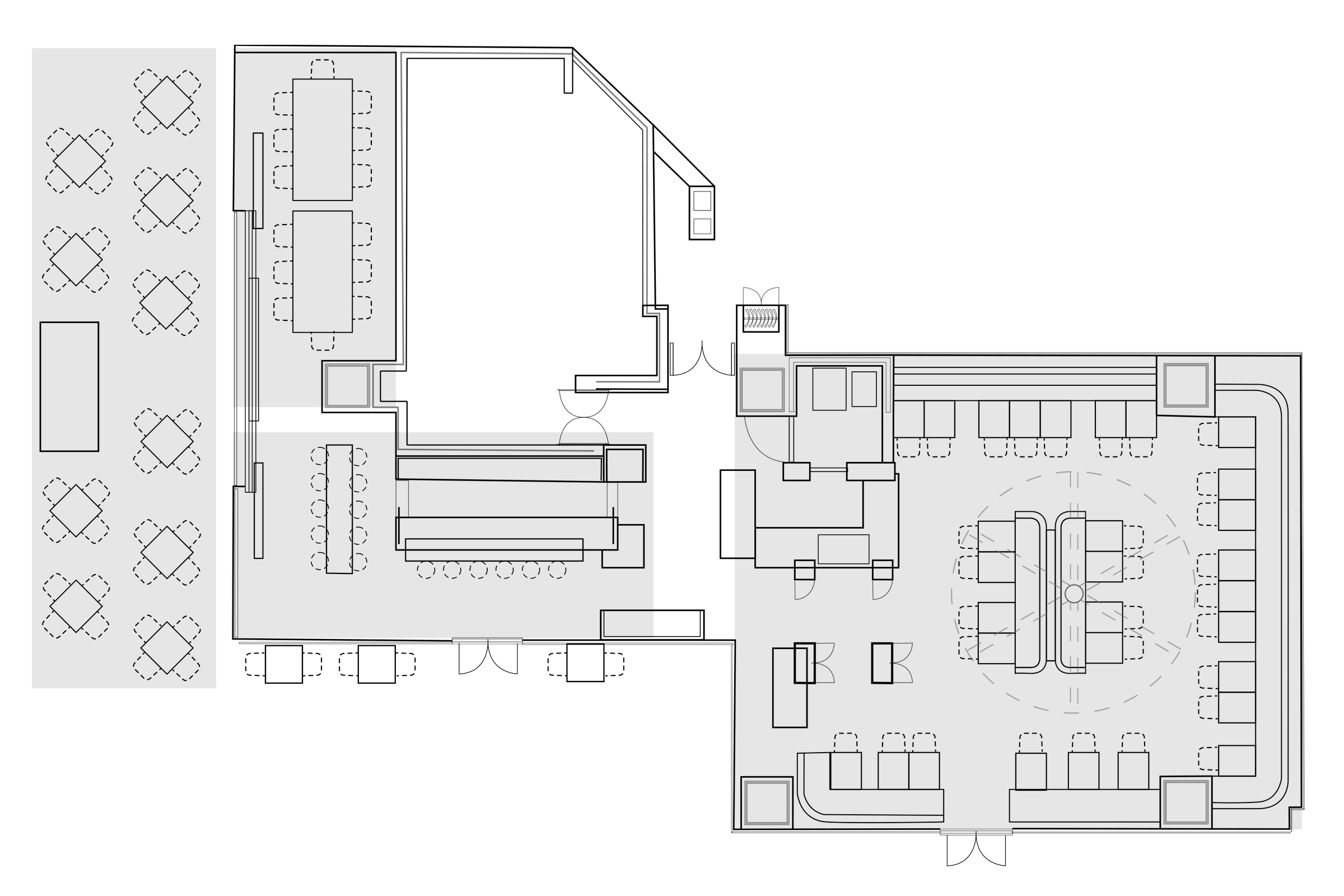